June 2012, President Mohamed Morsi took office in Egypt after the overthrow of President Muhammad Hosni El Sayed Mubarak. And there was much rejoicing. President Morsi is the leader of the Muslim Brotherhood. Why should this matter? Because the U.S. Secretary of State gave him and his administration $250 million U.S. Dollars in support. And when one gives another money, it’s either because the givee has an interest to protect and nourish or they’re friends. But do we want friends like these?

The Muslim Brotherhood was founded in Egypt, in 1928, with the purpose of setting up a government based on the Qur’an. The Qur’an, who’s authorship is as shady as the Book of Mormon (Both Muhammad and Joseph Smith claimed an Angel assisted in the dictation of their book). The same Qur’an that subjugates women to men. The same Qur’an that says it’s okay to put “terror into the hearts of the unbelievers”. The same Qur’an that instructs the believers to abstain from friendship and alliances of unbelievers. The same Qur’an that makes it okay to punish people who ignore the “revelations”. Yeah, that one. President Morsi and company are already showing their strict gold and green colors.

A report from the United Nations Commission on the Status of Women, which has not been entirely released to date, is said to address the rights of women – on their rights of sexuality, reproductive rights, rights against violence, etc. But the peaceful, loving Muslim Brotherhood of Egypt are looking to opt-out of the declaration. Apparently the defense of a woman’s right to be equal to a man; ya know, instead of requiring his permission to engage in society, is the problem. A free woman goes against Islamic Law.

As a sovereign nation, Egypt should have the right to opt-out of anything outside of their country. They have the right to not participate with the United Nations. Their sovereignty is not being judged. What is being judged is their reason for wanting out – to continue to treat women as property. But even if the world community could shame President Morsi and his Muslim Brotherhood to treat the fairer sex more humanely, their choice to act in the strict accordance with the Qur’an also needs to be called out.

How come only a handful of intellectuals are willing to step out of the comfy zone and call bunk! How come only Richard Dawkins and Sam Harris types are brave enough? The lack of backbone on the world’s political leaders to address this is mind boggling. Their choice to appease rather than risk offending is insulting. This is no time to be playing happy footsies with a government stuck in the Dark Ages. Any half-wit who denies the right of anyone based on a book written by an unproven authority, who probably knew less than my seven year old, is not worth taking seriously. And certainly deserves to be left out of the world buffet. This is what Egypt has come to. In a land where women were essentially equals to men under the rule of Pharaoh, they are now in the hands of an ignoramus group of men who treat them like donkeys. Take away the Qur’an and you take away the reason for poor judgement.

Apparently, United States Secretary of State, John Kerry, has no idea or doesn’t care because he recently funnelled $250 million US dollars to Egypt’s government. It was done to assist financial troubles and to promote democracy in the land where North is South (as the Nile runs).

Dear SOS Kerry: There is no democracy in Islam. Only obedience. Obedience to the man who runs things and tells women they must cover themselves in public or risk a good stoning.

The claim that the $250 million was a first installment on a proposed $4.8 billion, promised by the International Monetary Fund (IMF) is said to be needed to support a financial collapse. Said to have been secured to prop up the economy and address budget deficits. But the full loan has run into snags. No, the IMF hasn’t asked that the Muslim Brotherhood start treating women equally, they have concerns over financial issues like fuel and sales taxes. Nothing at all to do with conditions of equal rights.

Shouldn’t a country like the United States, who thumps its chest at every opportunity to assist worldwide causes towards freedom, exempt itself from this? First and foremost, the United States should never give money to another country. Period. No “Entangling Alliances”, ever. Giving money to one side assures the creation of an enemy on the other side. Once a friend, ends up an enemy. (Note that Hamid Karzai, the guy left to pick up the pieces of Afghanistan after the Taliban / Al-Qaeda alliance broke, is now asking the US to leave his country. So long and thanks for all the fish.) Even if the other country were peaceful Hobbits at the Shire, deserving the support against Sauron, why does any money flow out of the United States until things are fixed here?

We, at Freedom Cocktail have addressed the dangerous dancing the United States has done with Muslim Extremism before. The hand-off of millions of dollars to the Muslim Brotherhood in Egypt shows that, undoubtedly, the DJ keeps spinning the tunes and the couple remains in an embrace.

This is Detroit today. Kinda looks like a financial crisis here, eh? 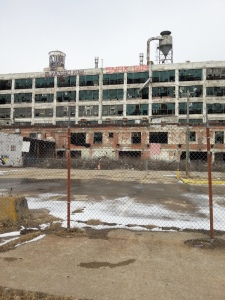 Eric Wojciechowski has a degree in psychology from Oakland University and writes essays and articles on religion, pseudoscience, and woo-woo. Also writes on politics at FreedomCocktail. Published work can be found at American Atheists magazine, Skeptic magazine, Skeptical Inquirer and Free Inquiry. His 1997 article in Skeptic magazine examining claims of Zecharia Sitchin was chosen for inclusion in The Skeptic Encyclopedia of Pseudoscience. He currently has two published novels: THREE CONDOMS FOR SARAH CHASING DISCLOSURE View all posts by Eric Wojciechowski