What a piece of work is a man! How noble in reason! how infinite in faculty! in form, in moving, how express and admirable! in action how like an angel! in apprehension how like a god! the beauty of the world! the paragon of animals! 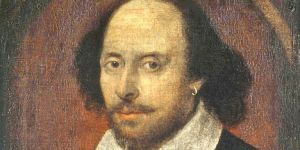 I’ve read this passage from Hamlet over and over in the last few days. I keep looking for the obvious racial tags that I’m told exist, but can’t find them. I have said these words aloud and in front of the mirror, trying to find any micro-aggressions (as coined by Columbia professor Derald Sue to refer to “brief and commonplace daily verbal, behavioral, or environmental indignities, whether intentional or unintentional, that communicate hostile, derogatory or negative racial slights and insults toward people of color”) that must exist. After all, Shakespeare was a white, Anglo-Saxon, male and therefore is inherently racist. So, I search over and over, wondering where those racist words or phrases exist.

Hurm? There is no mention of color or any particular race, but just a human being in general. Can’t be there.

“How noble in reason! how infinite in faculty!”

No indication of race, yet, and the words ‘noble’ and ‘infinite in faculty’ are positive and uplifting, so there doesn’t appear to be anything aggressive there.

“In form, in moving, how express and admirable!”

Still no racial indicators and to be admired certainly isn’t negative.

Again, nothing here seems to call out the color of one’s skin, country of origin, ethnicity or cultural upbringing. If anything, there may be a bit of hyperbole given that no one is perfect, but at least it seems this part of the passage errs on the side of human beings wanting to strive for excellence, rather than being pejorative.

“The beauty of the world! the paragon of animals!”

Dammit. Still nothing to indicate the micro-aggressions and racist thoughts that must exist in the collected works of William Shakespeare. How can this be? After all, Dana Dusbiber, a Sacramento English teacher, says she avoids Hamlet and all of Shakespeare’s works because she believes her minority students should not be expected to study “a dead, white guy.”

Therein lies the deceit. In an effort to be all-inclusive, non-offensive and politically correct, while staying racially and culturally sensitive, Leftists have given rise to the unintended consequence of judging the merits of an individual solely by pigmentation rather than the quality of their character. After all, if you accept the premise of this teacher (and many who think the same way), you would have to conclude minorities cannot identify with such topics as lust, greed, anger and remorse. They lack the ability to relate to infatuation, teenage love, anger at one’s parents or being treated unfairly. They cannot relate to the notions of the power of kings, the machinations of tyrants, the manipulations of advisers and the benevolence of the clergy. Apparently, these subject matters, and many others cutting across the complete works of Shakespeare, only relate to those with fair complexions.

This is patently absurd! Which is more offensive, a belief that non-whites cannot relate to any of the above, or choosing to consciously deny the words of Shakespeare to them?

This Leftist mindset of determining worth based on race is like a raging weed, taking hold and spreading it’s choking roots. Rather than help usher in the dream of Dr. Martin Luther King, Jr., who looked to the day when his “four little children will one day live in a nation where they will not be judged by the color of their skin but by the content of their character”, it has turned the goal of a colorblind society into one that is becoming solely obsessed with race. Think about many of the stories told in the mainstream media and across social media in the last several years. There is an obsession in our current culture with bringing race into the discussion, either as an excuse or as an indictment. And the problem with any obsession is it creates a paradigm of embracing a pinhole, tunnel vision of the world. It looks to find the one subject that fits into its lens, while ignoring everything else. It’s like the phenomenon married couples experience when they are getting ready to have a baby. Suddenly, they see pregnant women everywhere. Of course, “everyone” isn’t going through pregnancy, but it appears that way to the person who is focused on their own condition. The same applies when an obsession with race takes hold. Regardless of facts, it will seem as though evidence of racism is everywhere. If someone wants to see racist signs and intentions everywhere, they will.

So, what’s the best way to combat this presumption that all whites are inherently racist? If you buy into that notion, you have no choice but to elevate the minorities who are its target and denigrate the offenders. Therein lies the shift in Dr. King’s dream. It’s no longer about looking at the qualities an individual brings to the table, it’s only about countering the belief that all whites are racist and all minorities are victims; therefore, all whites are bad and anyone “of color” is good. This simplistic, one-dimensional, good/bad scale is such a dangerous way to approach any issue, let alone that of race. When the paradigm shifts to such a degree as to convince a person the color of their skin alone is the litmus test that labels them as victim or subjugator, all logic and reason is lost in the wide brush strokes of true bigotry. It leads to the belief that the only way to bolster a minority is to punish the non-minority. Rather than embracing the idea of a rising tide lifting all boats, it chooses instead to support the concept of drilling a hole in someone else’s boat so yours will eventually be higher than the one you sank.

By the way, I wonder if that teacher knows Shakespeare had a mistress? Though he was married to a white woman, he wrote passionately about a secret love. Here’s a sample of one of his most famous sonnets about her:

My mistress’ eyes are nothing like the sun;
Coral is far more red than her lips’ red;
If snow be white, why then her breasts are dun;
If hairs be wires, black wires grow on her head.

If the poetry of Shakespeare’s sonnet to his mistress is hard to follow, all you need to do is break down the descriptions and see what images form in your own mind. His mistress’ eyes are not bright like the sun, but dark; her lips, too, are on the opposite end of the ‘red’ spectrum, dark and brown; her breasts are also dark (“dun”); and, her hairs feel like black wires on her head. Is there any mistaking that Shakespeare’s mistress is of African decent? To refuse to teach the words of the Bard is to not only deny someone access to one of the greatest writers in the Western world, but also to ignore the fact that he saw through race and color in his own time, falling in love with his dark lady.

Like Shakespeare who saw past the color of one’s skin, it’s time to return to Dr. King’s dream and take the current discussion on race back onto the path where color is no longer a reason to be pro or con. Judging someone, either positively or negatively, based solely on color, is an act of bigotry that not only will continue to erase the gains of the civil rights movement as it exists today, but also, if left unchecked, threatens to consume our nation in a tide of anger and hatred over such a shortsighted, ignorant and ill-conceived stance.

Shakespeare is not the enemy. Yes, he was white. So what? Does that diminish the worth of his contributions to the world? Alexandre Dumas was black, born in the French colony of Saint-Domingue (now Haiti), the son of a French nobleman and a slave girl. Should we elevate his works over others simply because of his skin tone? Or do those unforgettable words of his Musketeers stand on their own regardless of his race — “one for all and all for one!”

Wouldn’t it be nice if we could have a real conversation on race with those words of the Musketeers in mind, rather than the ones we are having rammed down our throats today, where we are being told color actually does make a difference, keeping us from being all for one and one for all? Is that what Dr. King would support if he were sitting at the table? Dumas? Shakespeare?

Shylock, in The Merchant of Venice, notes we are all the same when he states:

When you take away the surface, we are all the same underneath, each with our own gifts and flaws. Our skin has no bearing on our contributions to the world — only our actions. Our color does not make a person good or bad. It does not determine someone’s intellect, honor, civility or disposition. It is as thin of substance as the air and more inconstant than the wind.

In our day, isn’t it time we got back to putting the content of ones character over the color of their skin?

Actor - Writer - Director - Radio - Veteran | I like ‘guy’ things: women, sports, video games, dogs, drinking, football, shooting guns, war movies, action movies, sci-fi movies and playing the hero. I am a red-blooded, American male through-and-through. But, I have another side as well, a deep and entrenched creative side, which started with writing and evolved to include acting and radio. As a result, I have appeared in nearly 100 stage shows and been involved in dozens of motion pictures, including two independent features available on Amazon Prime. I have also been in broadcast radio for over 20 years. Thus far, I have been honored to receive four GAB Awards from the Georgia Association of Broadcasters: Two for Best On-Air Personality and two for Best Talk Show. It was only natural with these pursuits, podcasting would eventually be added to my plate. In late 2017, I decided to start a show with my buddy and co-host, Walt Murray, called, The Wilder Ride. We examine the films of Gene Wilder in the movies by minutes format. This has opened the door to meeting so many new and amazing podcasters from around the world and led to some amazing friendships! As Shakespeare puts it, “I am amazed and know not what to say!” Of all the roles I play, though, I want to point out that there are two I consider more important than any I have ever played (or will ever play) and that is being a DAD and HUSBAND. I have four girls, ages, 24, 23, 21, and 19 and there is nothing I won't do for them. And, none of life's ambitions would be possible without the strength and support of my best friend in the entire world, my wife, Susan. Regardless of anything else, nothing will ever outshine them. View all posts by Alan J. Sanders