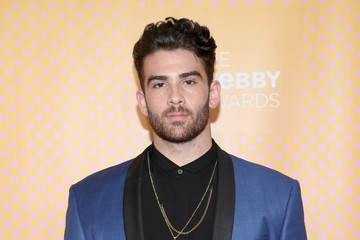 Hasan Piker is missing the point when he debated about safe spaces with Charlie Kirk during Saturday night’s Politicon event. This was one of the more interesting debates on the slate, as I had seen several videos of Piker surface on social media during recent months.

Piker wanted to talk about safe spaces through the debate’s entirety and try to drag Kirk into the rabbit hole with him. Kirk stated:

“Anyone should be allowed to speak on a campus without riots.”

“Do those speakers need safe spaces,” Piker asked smugly, referring to the fact that several conservative speakers have publicly stated that their First Amendment rights had been infringed upon.

That’s not quite the same thing, Hasan. Kirk even stated that he supported the right to protest. He said that he didn’t agree with the threats or the objects being thrown at conservative speakers, but agreed that a peaceful protest was well within a citizen’s right. Kirk draws the line when threats are issued or those “peaceful protests” turn violent.

“Oh, I forgot about all of the murders,” Piker retorted.

Apparently, in Piker’s eyes, you can only be threatened when someone has been murdered. So the next time someone threatens to do anything to you, the police department can no longer issue a charge of terroristic threats because they haven’t actually caused harm to you.

But I think we all understand the flaw in that reasoning, yes?

Piker can’t understand that Kirk sees protesting and rioting as differences. It’s pretty obvious that there is a difference in those two words and to act like there isn’t is either ignorant or intellectually dishonest. The fact is, the narrative to make conservatives seem intolerant doesn’t quite work out when you separate the two. So Piker follows that notion and attempts to paint conservatives in a similar way that conservatives paint many on the left.

Nice try, Hasan but I think that everyone who is looking at this without bias can see what you did and why you did it. Moreover, we can see why that thinking is flawed and how it’s narrative driven.

Piker’s entire argument during the debate was centered on safe spaces. At one point Kirk even asks, “Why are we on safe spaces again?” Piker did acknowledge Kirk’s statement and tried to get back on track, but not before saying “safe spaces” three more times in his monologue.

The point that Kirk attempted to drive home was that conservative speakers, like Ben Shapiro, are being kicked off college campuses due to the uproar that some students have about them.

Hasan, you aren’t listening. Kirk wasn’t arguing for everyone to like him or Shapiro, but, instead, wanted them to have the opportunity to speak to an audience. Not once did Kirk make a mention of Shapiro or himself as being unpopular. That was never the point that the young conservative was trying to make. But Piker didn’t quite understand that, as he made several jabs at Kirk.

Not only did he continually claim the reason conservatives were not speaking on college campuses was that of the speakers not being popular, he continually asked if they needed safe spaces? Is Piker insinuating that when conservatives aren’t able to exercise their First Amendment rights that they need a safe space? My response is if we let everyone exercise their First Amendment rights then this argument never has to happen.

Another major flaw in Piker’s argument centered again on popularity. While Kirk is stating that conservatives don’t need riots nor do campuses need to remove them from speaking, Piker then says that the reason is that left-thinking individuals are outnumbered by right thinkers.

Even if that’s the case, does it matter? Even if liberals are outnumbered 9-1, does that mean that conservative speakers shouldn’t be allowed to speak on campus? If that’s the best that Piker can do, then it shows a lot of what is wrong with some individuals who think on the left.

Another thing Piker did during the debate was cherry pick what he wanted to believe. Kirk had data to back up his claims, while Piker would try to make a joke of what Kirk was stating or would say that the founder of Turning Point USA needed a safe space. One specific example that stuck out to me with Piker had to do with Berkley University. Kirk cited Berkley’s decision to not let the aforementioned Shapiro speak on its campus, to which The Young Turk personality responded, “Berkley administrators said it was because they didn’t have enough space, so I believe them.”

If that’s the case, then Piker should believe everything at face value, right? He doesn’t and he cherry picked his argument.

Many politicians do this. Piker isn’t the first, nor will he be the last, but I found this to be more disturbing because I actually liked him as a member of the Democratic Party.

The thing that I found most disturbing in this debate was the fact the Piker continued to attack Kirk and Turning Point USA instead of debating him. One person was giving his opinions, which was supported by the data that he collected and received while the other debater attacked. If that’s what Piker wants to do, then it works with me. It shows that you don’t have data to support your claims and that you are wrong. You should not need to attack the person you’re debating if you believe in what you’re saying and you have facts to back it up.

Piker also mocked Kirk for not attending college, which Kirk claimed he was grateful. The conservative debater said that colleges have become incredibly left-leaning, due to the many people who take up a career in teaching are left-leaning. Kirk then jokingly stated that had he gone to college he might find his political leanings fall to the left.

Piker continually teased and tried to bait Kirk by bringing up his lack of a college education, mocking that he needed a safe space, and by calling his ideas and followers intolerant.

Of course, this is nothing new to Piker. He attacks former Blaze personality Tomi Lahren weekly. While I think Lahren has good points at times, I also find myself disagreeing with her. I would do it more tastefully than Piker, but then again, I’m not an online/television personality.

Throw in the numerous F-Bombs that Piker tossed and it’s pretty clear that he was rattled and could not back up his thoughts. I wanted this to be a great debate, but what I got was TKO in favor of Kirk.

Piker did have some good points in his debate and agreed with Kirk on several items, but disagreed with how to solve those problems. To me, that would have been a better debate as you would get to see both sides of everything instead of listening to false narratives or personal attacks.

But keep it up, Piker. You did the Democratic party a disservice and if you don’t learn from your mistake, your followers will begin to doubt you.

View all posts by kevinlpate