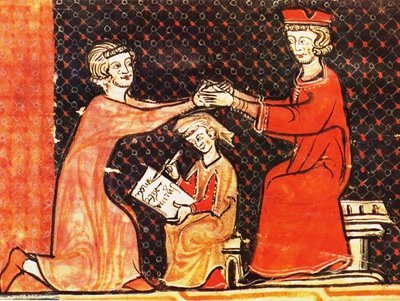 On August 23, 2018, someone on Twitter reminded everyone William Wallace was executed that same day in 1305 in the most horrible fashion. He was castrated, disemboweled and innards burned in front of him. He was hanged and finally beheaded. This occurred because of his failure to submit to the King of England. He chose freedom, integrity, respectability and independence over subjugation and pacification and he paid dearly for it. While Wallace was leading his war against England for this, some in Scottish Nobility chose to pledge homage to the King of England instead of working for actual self rule. They were able to retain their titles and properties as long as they did not challenge the king. All this, despite the flaws of King Edward the 1st. Look him up. He reminds me of a certain president we know. Anger issues, he was more feared than adored and had serious problems with anyone showing disloyalty. Except, Edward was considered a capable king. Trump is completely unprepared for the job of president. But that’s not what this essay is about.

It dawned on me about a day later after thinking about this, that we are witnessing something like these Scottish Nobles in American voters. They’ve accepted little financial gains and, in return, are willing to look the other way. They’ve accepted being paid off.

For several months now, I’ve noticed that despite the awfulness of President Trump, despite his use of the presidency to enrich family and friends, to run a kleptocracy, to overlook allies in favor of KGB thugs for reasons only Robert Mueller and his team know (for now), despite the constant lies and disinformation (actually saying the words, “what you’re seeing and what you’re reading is not what’s happening”), despite…

I could go on. At this point, I’ll refer you to a book that’ll give you all you need to know. Plus, the growing list of Trump executives currently being granted immunity from prosecution to give information about the Trump Organization to authorities should be seriously concerning. The growing list of Trump associates pleading guilty, being found guilty of federal crimes is amazing. Trump’s circle is being rounded up on high crimes and misdemeanors. Does anyone think Donald Trump himself isn’t involved in any of this? And feel free to scour the Freedom Cocktail archives. The last few articles I’ve written detailed my own complaints.

At any rate, despite the awfulness of this president, he retains a core of supporters that don’t care about any of this. How is this possible? It’s been observed if any of this were demonstrated by the Obama Administration or if Hillary Clinton won the election and she was doing any of this, they’d be up in arms. In fact, when it was found Obama and Clinton lied, claiming the attack on the American Embassy in Benghazi in 2012 was due to a spontaneous uprising because of a YouTube video instead of a premeditative attack, they couldn’t let it go. Obama and Clinton were caught in a lie and they hated that. But not with Trump. Trump lies so often we’ve lost count. His supporters don’t apply the same standards. What gives?

They’ll tell you if you ask. They say there’s an elite in Washington DC that needs to be cleansed out. They call it “draining the swamp”. Some think there’s a conspiracy referred to as QAnon where the forces of evil of prior administrations involving Obama and Clinton are soon to be arrested and Trump is leading the charge. Good grief. But more realistically, they’ll point to three core things: Tax cuts, the appointment of Neil Gorsuch to the Supreme Court and a reduction in regulations.

So let’s look at these three for a minute.

First, Gorsuch. Trump isn’t any genius here. You could have nominated Gorsuch without Trump. His name appeared on a list of others and Trump was told who to pick. Gorsuch is a good pick. I’m happy he’s a Justice today. But it’s not a Trump accomplishment. He probably doesn’t even know why he was told to pick Gorsuch.

Second, the reduction of regulations wasn’t through Congress. It was through executive order. This means it can be undone by executive order. It’s flimsy and amateur and something current Trump supporters hated Obama for doing. Obama’s use of the pen and phone to get things done, to bypass Congress, is excused when Trump does it. Doh!

And finally, the tax cuts. Although people are seeing some raises in their pay, the cuts mainly benefited Wall Street, banks and the real estate industry. I know, surprising being Trump and his family’s interest in real estate and all. The corporate tax breaks are permanent. And the benefits that went to us outside it, the ones still yelling “LOCK HER UP” at Trump rallies? Those tax breaks end soon unless renewed by Congress.

In months past, I started referring to these three things as the thirty-pieces of silver conservatives have sold out to. In the Gospel of Matthew, and only in that gospel, is it reported that Jesus’ pal, Judas, led arresting authorities to Jesus, pointed him out and collected thirty-silver pieces for betraying his love. Everyone who’s read that story have a hard time understanding how Judas could do that to someone like Jesus.

Well, now you know. Because Trump’s supporters are taking their bits of earnings and overlooking the losses. Dangle shiny objects in people’s faces and they won’t see the ruin beyond it.

The end of the story of Judas is important for the purposes of this essay. According to the Gospel of Matthew, after selling out Jesus, Judas was so filled with grief and regret, he returned the thirty-pieces of silver and hung himself. Whenever those who continue to support Trump realize their thirty-pieces weren’t worth the sellout of America, I hope they just live and learn and come back to restoring respectability of the nation again.

Eric Wojciechowski has a degree in psychology from Oakland University and writes essays and articles on religion, pseudoscience, and woo-woo. Also writes on politics at FreedomCocktail. Published work can be found at American Atheists magazine, Skeptic magazine, Skeptical Inquirer and Free Inquiry. His 1997 article in Skeptic magazine examining claims of Zecharia Sitchin was chosen for inclusion in The Skeptic Encyclopedia of Pseudoscience. He currently has two published novels: THREE CONDOMS FOR SARAH CHASING DISCLOSURE View all posts by Eric Wojciechowski