Eric Wojciechowski has been writing since elementary school. Not very good back then, but was awarded a Young Author award anyhow. Something of a participation trophy for sure. In any case, it was enough encouragement to keep going.

Usually writing essays and articles in politics, religion, pseudoscience and Woo-Woo. What is Woo-Woo? 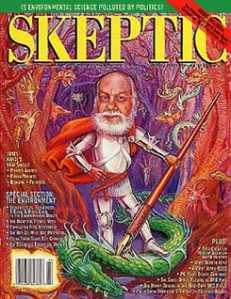 Also writes on politics at the blog, Freedom Cocktail, as is evident here.

But started in the late 1990s while active in the Michigan Libertarian Party, assisting in running congressional races and others, launching a barrage of letters to the editor in 1999 and winning the Libertarians of Macomb County award for getting the most published.

Not content with just non-fiction, Eric dabbles in fiction. With some short story credits, he published his first novel in October 2015 and second in December 2017.

When a beta-male decides it isn’t worth it any more to stay in the dating scene, but can’t help giving it one last attempt with a woman who is “different” than the rest.

It might be a true story.
Probably not.
It’s a Gospel.
A Gospel of a Feminarchy.

Avion Airlines flight 17A is on its way from Phoenix to Detroit when it makes a crash landing at a small airport in the State of Missouri. Investigation reveals the fuselage is crumpled as if squeezed while still in mid-air. A few weeks before, Iraqi War veteran, Richard Guerry, publishes a best selling book on the subject of UFOs, arguing that most of what you hear is nonsense. But because of things he learned during his time in the desert, he’s in pursuit of the real answer surrounding the stories of flying saucers. Seven-year-old Jacqueline Vincent is the only passenger on Avion Air 17A that was conscious during the entire episode, leading Richard Guerry to pursue her, thinking she could be the key to understanding what links his findings from the ancient world to unidentified miraculous craft, people have been seeing in the skies for thousands of years.

You can connect at Goodreads, or Amazon, or Facebook, or Twitter, or Google Plus or just right here at Freedom Cocktail by commenting on postings.

Eric Wojciechowski lives with his wife and two children in Livonia, Michigan.